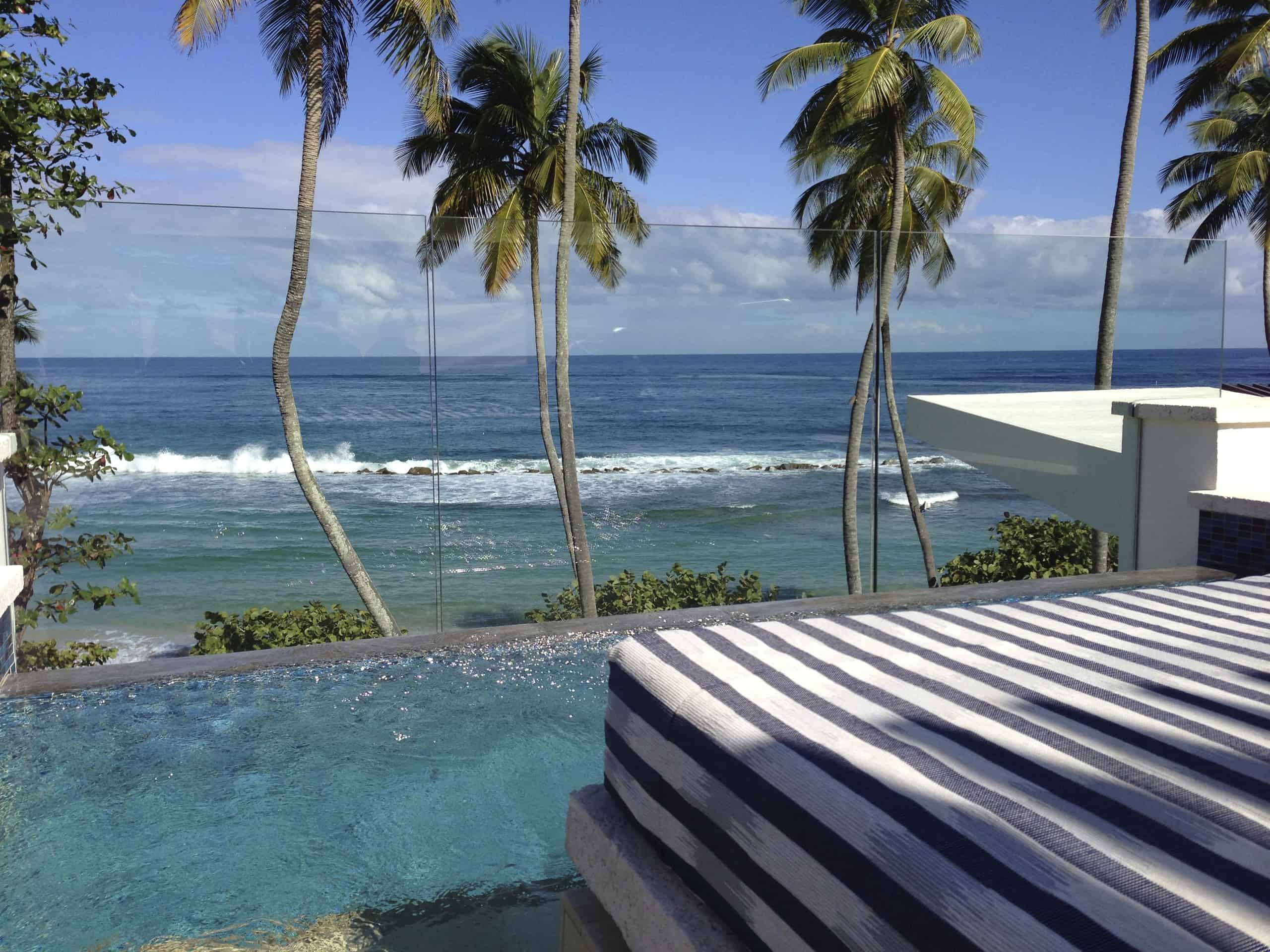 In its 1960’s heyday, Dorado Beach was a playground for Hollywood royalty and the international jet set.

This past New Year’s, eight Learjets filled with industry titans, real estate tycoons, and high-flying socialites landed at Puerto Rico’s San Juan international airport. Their final destination? The famed Dorado Beach, where a $342 million renovation has transformed the palm-fringed oasis into a Ritz-Carlton Reserve. With a beachfront restaurant by chef José Andrés, a five-acre spa, and a private stretch of white sand, it is poised to become one of the most exclusive resorts in the Caribbean. Eager to see the place for myself, I hopped a flight south.

Dorado Beach’s story begins in 1905, when Dr. Alfred Livingston bought 1,700 acres along the northern coast and developed a coconut and citrus plantation. His daughter, Clara, inherited the land in 1923 and lived in Su Casa, a pink colonial-style hacienda with a clay tiled roof and grand double stairway. In 1955, Laurance S. Rockefeller, the venture capitalist and son of John D. Rockefeller Jr., acquired the property and three years later opened the ne plus ultra of Caribbean resorts. Hollywood stars, who once frequented Havana, headed here—and the area became as much a scene as St. Bart’s is today. John F. Kennedy, Elizabeth Taylor, and Ava Gardner were regulars; Amelia Earhart used to fly her plane in to see Clara (the landing strip remains); Joan Crawford is said to have had her room painted pink before she arrived.

In the mid 1980’s, the Puerto Rican government shifted focus away from tourism and the luxury hospitality market took a hit—and the resort eventually closed. Now, hungry for statehood (2012 marked the first time the majority of its citizens voted to join the United States) and seeking to bring back a time when visiting the island was a bragging right, Puerto Rico has instituted new tax laws, and dozens of direct flights have been launched (JetBlue; Southwest). In recent years, the country has also put billions into infrastructure and, to lure real estate investors, offered generous tax exemptions. A handful of upscale hotels—including the St. Regis Bahia Beach Resort, in Río Grande, and the W Retreat & Spa, in Vieques—have capitalized on the incentives. But no hotel has been as anticipated as Dorado Beach’s comeback. “We want to be a place where friends from the Hamptons and other summer communities gather during winter,” says Caribbean Property Group CEO Mark Lipschutz, who partnered with Ritz-Carlton and developer Friedel Stubbe six years ago to revive the property.