The Art of Living in Dorado Beach, Puerto Rico

The Art of Living in Dorado Beach, Puerto Rico 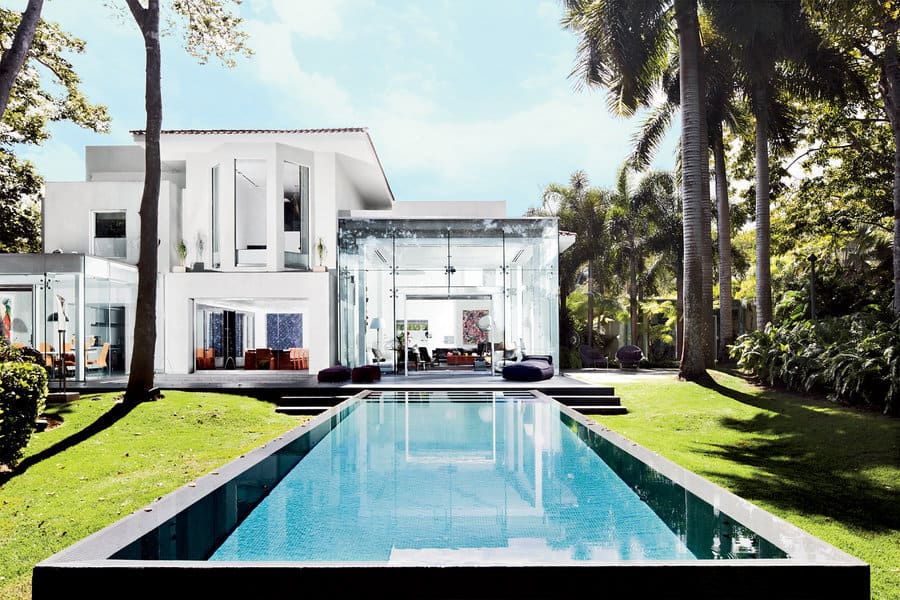 A resort developer transforms his personal residence into a gallery-like paradise—with all the comforts of home.

For Federico Stubbe, creating a home is not just a personal endeavor, it is his professional passion. The chairman and CEO of Prisa Group, Stubbe is one of the largest developers of upscale residential planned communities in his native Puerto Rico. Although he is responsible for high-profile projects in San Juan, Bayamón, Manatí, Cidra, and Gurabo, the jewels in his crown are the famed Dorado Beach Resort and the house he constructed on the property. A 1,400-acre tropical haven on Puerto Rico’s Caribbean coast, Dorado Beach was developed by Laurance Rockefeller in 1958 and is now anchored by the spectacular Ritz-Carlton Reserve that opened in 2012.

“In the ’60s, Dorado Beach was the place for the rich and famous in the Caribbean,” Stubbe explains. “But with time, it got tired.” He first came to Dorado in 1990, partnering with the Pritzker family to redevelop Rockefeller’s master plan. The home he originally built in 1995 was a traditional Mediterranean-style residence by architect Heriberto Carbia. “It started as a second home for my mother, and you know how mothers are—I had to buy it back from her!” he says with a laugh. “I borrowed the house while we were remodeling my home in San Juan, and my family loved living in Dorado so much, we decided to stay here. So then it became my primary residence.”

In 2009, the home’s interiors were gutted, glass cubes were added, and more. It was a complete transformation. The same could be said about Stubbe’s life. After suffering the sudden loss of his longtime wife, the mother of his two grown children, he found love again, in 2006, in the most unlikely of places—at the Formula One racetrack in Barcelona, where he was testing out cars. The object of his affection was Carolina Figueredo, a Venezuelan art gallerist based in Caracas who shared Stubbe’s penchant for fast cars and great adventure. The two embarked on a whirlwind romance and Carolina moved to Dorado in 2007. They married in 2009.

Carolina quickly left her mark on her adopted hometown, launching the arte FITS Foundation, a nonprofit devoted to producing site-specific installations, developing educational programs, and promoting local and international artists. She also curated an ambitious assortment of sculptures and installations at the Ritz-Carlton Reserve. But her masterpiece is the Stubbes’ own residence, which highlights Carolina’s modern sensibility and the couple’s extensive collection of Asian art, acquired on numerous buying trips to cities such as Shanghai, Beijing, and Tokyo, as well as at Art Basel in Switzerland and Miami Beach. “I started studying the contemporary Asian art scene ten years ago,” Carolina recalls. “Except for Japan, contemporary art was emerging at that time. As a museologist, I thought it was an interesting challenge, and my husband and I had a lot of fun learning together.”

The redesign was completed in 2011 by the original architect, Carbia. The gallery-like glass-and-concrete space displays monumental pieces by the likes of Takashi Hinoda, Lin Tianmiao, and Tomoko Sawada, while remaining true to the property’s paradisaical location, situated alongside a Robert Trent Jones Sr. golf course and overlooking the water. “The actual house was redesigned to reflect Mr. and Mrs. Stubbe’s lifestyle in Dorado Beach: contemporary, close to nature, and surrounded by art,” Carbia says. “This house reflects Mr. Stubbe’s vision of life in a tropical park and Mrs. Stubbe’s passion: art and museums.”

One of the biggest challenges was softening the house’s entrance, which is made of concrete and looked too stark and imposing, especially next to the two garages for Stubbe’s collection of vintage Porsches, a Mercedes-Benz, and daily drivers that include a Range Rover and a Tesla Model S. The Stubbes decided to build a green wall, overflowing with lush ferns, and install a large bronze-and-glass door from Italy. Throughout the home, the architecture shifts back and forth between the modern and the organic. The main foyer is essentially an art gallery, and as you continue on you come across a modern spiral staircase and an interior patio with bonsai trees and a clay wall by well-known Puerto Rican ceramist Jaime Suarez. In addition, the property’s stunning natural surroundings are always on display.

“The most spectacular impression is when you open up into the living area and you see the golf course and ocean behind it,” Stubbe says. Inspired by Apple’s Fifth Avenue flagship store, in New York City, he added three glass cubes throughout the residence: one for Carolina’s studio, a second off the kitchen, and, for the main living area, a striking glass pavilion overlooking the picturesque backyard and lap pool. “These glass boxes are mainly used in commercial structures, and we were experimenting with using them in residential ones,” he says. “The challenge in the Caribbean is how to integrate nature with the inside of the house and still incorporate things like air conditioning with the tropical environment.”

Carolina collaborated with local interior designer Jean-Pierre Santoni on the decor of the four-bedroom home, which is also contemporary in style, filled with pieces by such designers as Fritz Hansen, Jean Prouvé, Arne Jacobsen, and Christian Liaigre. Much of the couple’s time is spent in the kitchen, which features sleek cabinetry and appliances from the Varenna line by Poliform, a B&B Italia table and chairs, and a Skygarden hanging light fixture by Marcel Wanders for Flos. “Cooking is one of Carolina’s hobbies,” Stubbe says. “She tells me it’s one of the ways she expresses love, and that’s very dangerous because you might get fat!”

Still, when the couple entertains, they often bring in the resort’s chefs to orchestrate elaborate dinners for the politicians, celebrities, and other notables who frequent the property. “Houses are places to pursue happiness, and I call our home my sanctuary,” Stubbe says of the residence he and Carolina share with their two dogs and a cockatoo. “It’s our own private retreat within this great park.” Carolina sums it up quite simply: “To me, our house is a dream come true.”

Check out the slideshow here:  Art of Living in Dorado